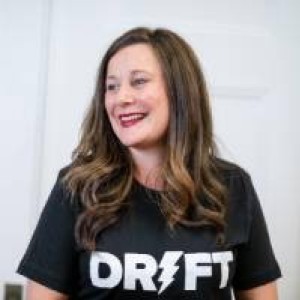 Lysa Miller is the CEO of Ladybugz Interactive Agency in Boston MA. She is the founder of The MetroWest Women's Network and Sales Empowerment Summit for Women. She participates in many roles in her company including sales, strategy, project management, web design and growth hacking for clients. She has been featured for her expertise in CIO, Entrepreneur, Forbes, and various other online publications. She volunteers her time as a guest blogger for MassVacation.com and to manage discoverhudson.org, to help support local businesses and the local region. Lysa is also the mother of 4 beautiful children and lives in downtown Hudson, MA, a West of Boston town noted for its booming re-gentrification and entrepreneurialism.
Share on facebook
Facebook
Share on google
Google+
Share on twitter
Twitter
Share on linkedin
LinkedIn
Thursday, April 11, 2013 – Celebrity chef series in Bolton

BOLTON — Chef Joseph Brenner’s love of cooking was stoked early on while growing up on his grandparents’ farm in Connecticut, where he devoured deliciously fresh meals prepared by his Italian grandma “Nonni” and her daughters.

But it was his work with celebrity chef Todd English — especially the numerous trips they took to Europe and Asia — that gave him the firsthand experience of witnessing the buying and prep work it takes to cook creatively.

Brenner cooks at English’s Figs and Olives restaurants, but said he began his culinary career at age 13, working in a nursing home. Cooking at various restaurants after that, he said, paid for college at the University of Southern New Hampshire, where he obtained a bachelor’s degree in business management.

Chef Brenner, along with fellow celeb chef Evan Deluty, owner of Stella restaurant in Boston’s South End, will prepare the first of four seasonal gourmet meals Saturday in the Fireplace Room at the International Golf Club and Resort off Ballville Road.

For a bargain price of $50 per person, diners in the 250-seat restaurant at the golf club will feast on dry aged sirloin steak with black truffle sauce and potato puree, pan-seared scallops with pea puree and beet vinaigrette, and rigatoni Bolognese. The meal will finish with warm pecan pie served with ice cream and caramel sauce.

Brenner said all items on the menu are from Stella, and are featured so local foodies — and all area residents — can get a feel for what the restaurant is like without driving to Boston on a busy Saturday night.

The price, he said, was kept deliberately on the low side to attract locals. In fact, he said the sirloin alone wholesales at approximately $15 a serving because of the intense, time-consuming dry-aging process which involves fanning the beef for 45 to 60 days.

“It loses a lot of its weight that way, and it’s very expensive,” Brenner said. The steaks will be grilled.
Chef Deluty, a Newton native, started his career in Paris at world-famous La Grenadin, before moving to New York City’s Lutece and the Waldorf Astoria hotel. He had two restaurants in the Boston area before Stella opened in May 2005.

Lysa Miller, the International’s spokeswoman, said other celebrity chefs will be recruited as the seasons change throughout the year.

She said the property has grown from a small, private golf club to a popular venue for weddings, concerts and other community events such as the celebrity chef series. One of the golf courses is now public, she said.

Front End and Back End SEO: The Secret to Search Engine Rankings

What Do Users See? There is huge variation among SEO techniques—often broken down as Front-End SEO and Back-end SEO. This article talks about both, so

You know your website needs serious work. Your website’s branding is inconsistent, it doesn’t generate enough leads, or it isn’t user-friendly. Over time, hobbling together